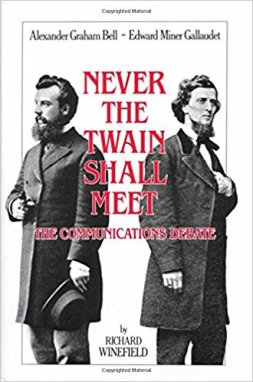 Bullying is number one. In schools bullying against Deaf children in mainstreaming schools is number one. This notion is that media is making surdophobia more normative.

There are countless examples of how severe oppression affect Deaf community each day. Deaf people are in minority group, when the minority stays in their place—everything is OK, but when the minority takes their stand—problem comes. For example, you are Deaf and that leads to justification for crime because the person is now dehumanized. How do Deaf people help Deaf people get out of world of oppression?

Instructors of the deaf, so far as possible, should be in full possession of all their faculties…The percentage of deaf teachers employed has steadily decreased, and must decrease still further to a very great extent on account of the increasing attention paid to articulation teaching…The employment of deaf teachers is absolutely detrimental to oral instruction……” -Alexander Graham Bell, 1881. Winefield, Never the Twain Shall Meet, p.45 (see bibliography #8)

AGBell was the bully culprit. He converted his prejudice into a hateful manner, Bell talked about Deaf people, overcompensating or making assumptions about them as a whole, which can be just as prejudiced as outright bigotry.

Bell’s mission was a personal one that borders on the political as well: the ideology how to oppress over Deaf community in America, and Bell’s anxious hopes for teaching people oppress towards Deaf people. The main point of oppression is working too hard to pretend to understand Deaf people is as bad as being ignorant of it in the first place.

Many people automatically assume certain things on a bigotry level, such as Deaf people that they are predominately “bad people”. 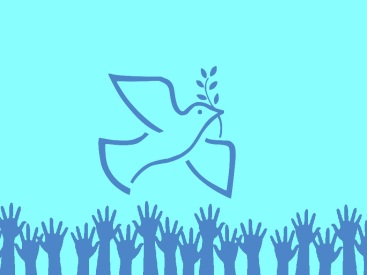 Is there something Deaf community does not know the vast majority of the oppression by the administration at Gallaudet University? You do not really believe many of them talk the way they do because of power, do you? It may at times appear that way, but they are hiding the truth. The Obama administration is urging universities and colleges to re-evaluate how questions about an applicant’s criminal history are used in the admissions process, that’s the big reason that they are being denied for higher education.

A guide written by Education Secretary, John B. King, “Beyond the Box: Increasing Access to Higher Education for Justice Involved Individuals” would help understand why they are being denied even though they served their time. The difficult thing is that Gallaudet University anyone who apply for the job is not required to have their background checked or their fingerprints screened.

Human Rights Day need to gain understanding and empathy for any who have experienced such trauma in their lives. Those who have not had such experience cannot fully appreciate the depth of the pain in all form and shape. I, therefore, will criticize those who are life-time bullies and who support the “death penalty” on Deaf returned citizens at Gallaudet University.

There are many reasons why I support Human Rights Day and oppose cruel punishment as in 8th Amendment in United States Constitution on moral, economic, and practical grounds to do so intentionally in an inhumanity sense. The cruel effects of such inhumane punishment—Deaf returned citizens are also humans are especially called to respond to such grave injustice that violates human dignity.

We need to do this together to do more than reflect on the past–we can speak up for those who have been silenced. Thank you for your commitment to human rights and dignity for everyone in America and around the world. 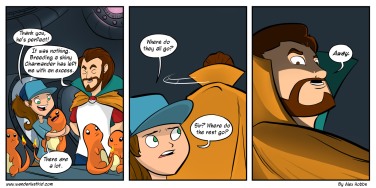 The image is what exactly happened yesterday. Click the image. Go ahead.

Today is the day after shock wave in the Deaf community—Vinton Cerf joins the ranks of all-time hate bigots along with Karl White, Dimity Dornan, Alexander Graham Bell and many more. Hate is a reasonable to many discriminatory interactions with Deaf people, so one must be prepared to forestall or deal with such a reaction. Realizing hate bigots are the problem, Cerf tries to stay in control and handle eugenics-oppression style by making it clear to those Deaf people who would mistreat Cerf that doing so carries with a significant cost for them.

“Whether anxiety over societal change preceded or even gave birth to anxiety over intellectual change, or whether the opposite is true, is less important than the fact that, during Culture Wars, these two anxieties become grafted onto each other—to such an extent that it is in general impossible to define the point where one type of anxiety ends and another begins.” –Joan DeJean, Ancients against Moderns: Cultural Wars and the Making of a Fin de Siele

The graduation at Gallaudet University is a historical ceremony for each graduates—no consequences are allowed. Cerf was attempting to propose a cochlear implant wave in which those Deaf-ASL users are encouraged to act like hearing people for his own intrinsic satisfaction of higher learning. In the other words, within with university, throwing eugenics-theme speech is of a central importance. With high technology activities to make a final decision to support the eugenics of Deaf people, Cerf began the hate speech cycle right there. I got attacked being called a liar and asked to see the proof of his transcript. One of them who own a writing service asked for it rather believing the person who threw eugenics in our face instead of reading it from Deaf author like myself. Just because Cerf is the father of Internet and it would be impossible for a celebrity to say that. What does that tell you? IT WAS ACTUALLY HAPPENED WHAT VINTON CERF SAID!

Those who wrote trash have acted in direct contravention of values that we, as DEAF people who love this world, hold dear. It has been absolutely astounding how they have committed the most horrendous acts, causing needless tragedy in the lives of Deaf people, yet they wear their so-called I-am-better-than-you nonsense. Their hypocrisy is mind-boggling — and disgraceful.

Gallaudet University happens because Deaf people exist. Cerf knew about the success that needs to change to help cochlear implant makers rich and make Cerf getting some commission profit for implementing in his presentation. It is no seldom accident, folks! It is easy to recognize product of strained leadership. A skilled Sociologist would understand the propaganda what it would be like.

For example, Cerf is well-known Alexander Graham Bell donor, and he went ahead and used hate speech that become necessary because it is fun to deliberately confound Deaf people with the unknown and keep Gallaudet University to maintain the status quo, ensuring Deaf people remain disempowered while Vinton Cerf entertain a hate speech.

Some people would say that it is a degree of freedom of speech, but within certain demographics it has overwhelmed the old Gallaudet politics, before cochlear implant center set up there on the same building where ASL/Deaf Studies department is. I think that hate speech should be pretty much extinct at Gallaudet University, in the sense that Gallaudet is quite welcoming to anyone Deaf. That has not always been true. Audism and hate speech exists in the term of higher education at Gallaudet University.

I became highly disturbed by his presentation about restoring Deaf people to hearing people. It has been ongoing ill-advised and misleading term. No human being can restore anyone’s hearing; they can only amplify it. When batteries expire, Deaf people merges as an inevitable—a reality and Cerf refuses to accept the fact that the high technology is not always a reality. Clearly, everyday hate speech especially stereotyping and prejudice—makes little or no sense, in terms of either reason ore religion.

With the EPHPHATHA official seal of Gallaudet University on the podium before Cerf stood and spoke, is the best example of mask of benevolence that it is attributable to implicit efforts in restoring Deaf people to the hearing society. He may be the father of Internet, but promoting hate speech like the big jellyfish just the same as Internet is. No Deaf graduating students deserve the knot with fear in their stomach.

It does seem to me a circle of people, (strong oralists) and some other like-minded folks, like to have Vinton  around them and recognize his habit of badgering and intimidating smaller or weaker people.

Does Vinton Cerf dare to play G-O-D with new tricks front of Deaf people on their very special day? It makes a sad case study for hate speech and oppression. The same guy who invented Internet, of course, generates, with no intention to censor, the greatest noise that yields no information that Deaf people exist.