My thoughts are with Parkland, Florida. The mass shooting is sickening and stomach knots. It is getting too old. It is everywhere. It is time to make a change! I never had been a supporter of Second Amendment. Did you realize something wrong with the amendment itself?

A Well regulated Militia, being necessary to the security of a free State, the right of the people to keep and bear Arms, shall not be infringed.”

It is the most confusing language for people to understand this amendment. It is often misinterpreted. Did it say guns? Handguns? What is Arms? It means that people could build bombs, carry AK-47, high assault rifles, anything. So, the politicians in Congress who are members or supporters of National Rifle Association (NRA) want to be the arms of the killing machine. It is the most powerful lobbying in the world. Remember, Charlton Heston, former NRA president’s shameful quote: “I have only have five words for you: From my cold, dead hands!”

While he was saying that in 2000, the mass shootings from 2000 to 2018 in America: 239 school shootings, 438 people were shot, 138 were killed in cold, dead hands. Oh, NRA-LAND! There is very good article to read by New York Times: After Sandy Hook, More Than 400 People Have Been Shot in Over 200 School Shootings. by Jugal K. Patel. The link will be shown below.

I have five words for NRA. From my compassion, writing hands, to support gun control and get rid all of weapons. Have some heart for a change! End the cold, dead hands! The bullets needs to be controlled! 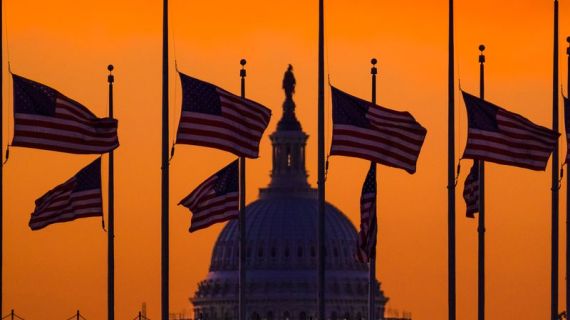 Yes, the shooter from church killing in Texas was white. His name was Devin Patrick Kelley. First and foremost, we need to be aware that White people are way worst terrorists than Muslims in America. That’s true! I am not kidding. We must never be ignorant in any way whatsoever. The white supremacy continues in the wake of shooting anywhere. Muslims are never more dangerous than white people. Never!

National Rifle Association (NRA) has been always stronghold of Republicans. Even Charlie Sykes said that the GOP is “in the thrall of the NRA”–and the majority of Republicans are White and racists.

What does “thrall” means?  It means the state of being in someone’s power or having great power over someone.

Can we become involved–becomes a real part of the process even at the greatest distance to stop the power of NRA? Gun violence has been the major problem in America for long time. Talk about it! Get other involved and concerned about gun violence. Follow the progress to stop gun violence. The most importantly, we should write letters to Congress.

In this time of crisis, it is us who should not hold out, by our very nature, the deepest vision of healing and peace that is possible for America. Time for all of us to enter into the collective unconscious because it is by our nature alone that we make a difference in stopping gun violence in America, but by our actions, our thoughts, in our coming together as Americans.

Trump needs a blow slap on the back of his head. With the money purse from NRA, they are appropriating gun violence in the wrong way. Gun violence, white terrorists and white supremacy are the problem, it is a death warrant, and ignoring them is a problem. How come we did not recognize the language that changed so much in its own frequency right after Trump was elected almost a year ago? The number of hate crimes has been on the rise more than ever. The majority of people who committed hate crimes since November 2016: White people.

What happened in Texas church shooting was tragic and heart-breaking! We need to stop the silence treatment about American gun culture–and I bet that National Rifle Association (NRA) would say, “It is perfectly legal to kill people” as they did not give a shit about several school shootings and South Carolina church killing, the list is countless. Just mind-boggling!

It is truly tragic. Supposedly, if the shooter who killed the latest number of people, 27 so far–was the shooter white? If the shooter is indeed white, then we really need to talk more about it and politicize more often about it. Enough of white supremacy.

If we refuse to talk more about it, then it is unethical, irresponsible, and oppressive society that continues to silence innocent people. It contains information and concrete tools for ongoing language and culture bigotry, hegemony, and oppression even in Deaf community. It also provides assistance for white supremacy against Deaf people. Yes, there are several White Deaf people who are very much supporter of guns and Trump’s America. Oh yes, plenty of white supremacy in Deaf community.

What happened behind the shooting: the deterioration of American culture and the growing sentiment across the nation aggressive and often dishonest tactics, the American gun culture are blocking resistance on American lands–why are we experiencing a lot of apprehension from gun violence problem? The worst thing was that these people who were in a church–supposedly the epicenter of thoughts and they were killed by guns. What is that?

My deepest thoughts are with those affected by today’s terrible events in Texas. 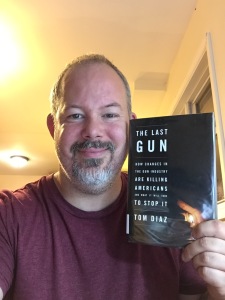 My journey into seeing #BlackLivesMatter since Michael Brown was killed a year ago today in Ferguson—there had been a lot of detours, unnecessary turns, and rocky roads in the same manner as other Deaf people had gone all through dealing with police brutality. I remain optimistic that I will pay more attention to the road signs, figuratively speaking. It is the same old game: no hype around the news and get people to tune into the latest news seeing a Black Deaf person being beaten somewhere in the hands of police brutality.

Please support #BlackLivesMatter and hold it to your heart dearly. Police brutality cannot be invisible anymore. It was not necessary—where it promotes more fear around the country. Flashback memories are necessary to repeat. That is exactly why it is not a moment because it is a movement! I personally never support gun control or anyone who is a gun owner even when I was a young kid, I really never liked guns. I follow my principles from that day to today. After reading a book called The Last Gun: How Changes in The Gun Industry Are Killing Americans and What It Will Take to Stop it written by Tom Diaz last winter 2014 is must book to read.

I remember there was a huge story 12 years ago coming out of Portland, Oregon where a 21 years old Kendra James, mother of three children was killed by a white police officer while she was sitting in the car unharmed—her head was blown away into the pieces by bullets. Kendra would never get to see her children grow up. The police officer got away with murder but only got suspended for 180 days.

I was very upset what I saw and really wanted to see the justice done for James’ family. Owning a gun is a social responsibility, not a private one. It’s very important that we know who has a gun, and it must be removed from any household where someone is crazy.

It is well known today that Wayne LaPierre, National Rifle Association [NRA] president is crazy, and it is our responsibility to remove his assault weapon. Anyone who purchases a gun must sign a public agreement, and it is subject to be disclosed for the good public. It’s for our protection. And this is America!

Those police officers are not good guys with a gun at all! Guns must be removed from people who think they are crazy, period!