Discussing between Free Speech as noted in United States Constitution First Amendment that allows hate speech which is a BIG PROBLEM today in America. Jeremy Joseph Christian who murdered two guys through HATE SPEECH on Metropolitan Area Express (MAX) in Portland, Oregon on May 26, 2017 thinks he has the “right” to provoke it based on FREE SPEECH. Intimidation makes him even weaker person.

Why not America toughen up hate speech laws like other countries?

See that picture above? MAX train. Powerful words. Emotional words. What happened on May 26, 2017 in Portland, Oregon intensified dramatically after the horrific hate crime event. Violence has grown exponentially—more like hate exponents targeting Muslim community. As of this writing, hate and murder have claimed two people that day—it has impacted my life even though I am living in District of Columbia, Portland was my home. My Pacific Northwest family roots are mostly in Portland.

The vast majority of shock and pain have been shared. The world witnessed the most violent single incident of hate-motivated violence so far in Portland, it is time for us to stop hate crime. Enough! It starts with us! Educate yourself and start stronger awareness!

This is also terrorism, an act of demonstrating the power in the eyes of white supremacists. Stop white privileges. White supremacy do not belong in Portland. Ignorance. Self-centered. No compassion. No cultural awareness.

As we cope with pain in a world that seems ever more dangerous and out of control, at the same time, white supremacists beam messages throughout the world that is attempting to demonize Muslims—carrying the new norm: Islamphobia. When I Signed up for Hate Crimes and Bias course ten years ago was one of my best decisions ever. After that, it is my civil duty to continue and educate my own community: Deaf community and how to stop hate crimes.

To my biggest surprise when I discovered that Oregon is now the national champion of higher hate and bias crimes than anyone in the United States TODAY! NO, I AM NOT KIDDING ABOUT THIS PART. It is important to remember that Oregon was founded as a “white haven” and the only state not to follow 14th Amendment of the Constitution until 1973! Reminder: I made an ASL VLOG few weeks ago called Oregon’s Great Racism Roots: A History Lesson. Link:

The 14th Amendment has been part of the Constitution since 1868. Three years after Lincoln’s death. Portland is the whitest city in America. There are couple of skinheads groups, hate groups, white supremacists living in the underground. I would be more than happy to provide the names of groups at no charge.

Why did we not see that it would come back and haunt Oregon again that is now known as the number one in reporting hate crimes anywhere. We failed. They are trying to take Oregon back as the original “white haven”—not  very cool! Those same people who preach hate including Jeremy Joseph Christian who is now charged with hate crimes has made their names more painfully than perhaps any hate crime, even in Deaf community, too.

I will not support any kind of hate and stand together with Muslim community to denounce the hate. Portland do not need those haters. They do not belong there. Let’s give them the exile pass away from Oregon. Three people, two of them died and one of them got stabbed fighting hate.

In questioning hate crime what Jeremy Joseph Christian done, a majority of political favouritism supported by the white supremacists makes things even painful for my Pacific Northwest roots and go through stages of grief.

We do not need Trump’s White America. Jeremy Joseph Christian may put Portland on the map to gain attention to follow the lead, but we sure will empower peace trumps over hate. I’m one of them. White supremacists do not belong in my roots or Oregon in this matter. 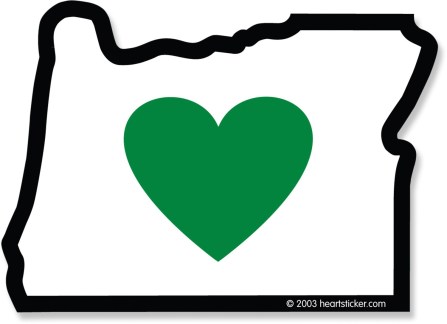 On May 26, 2017 afternoon: A hate crime that shook the city of Portland filled with high emotions, sadness, and confusion. There is no time to ignore hate crime. Please take your time out of your community life and read those books to understand and fight against hate crime and Islamphobia, too!

From one of my previous blogs, someone asked me to show the proof that Aristotle committed suicide; there is no need to criticize my truth. That person had an access to the higher education and can find out from there. It is an easy vocation to do it. Hint: A book that focuses only on Alexander the Great’s life. After Aristotle actually took his life, his work fell into the hands of the Arabic world, Islam, the enemy of the Church. Although the Church was aware of Aristotelian thoughts, they refused to incorporate his work into the intellectual life. Reason: Aristotle did not die naturally. Aristotle’s work became appreciated in the 13th century Spain where Judaism, Christianity and Islam lived in harmony.  Aristotle lived in harmony to mock Deaf people’s solemnity.

The copies of Aristotle’s work eventually fell into the hands of Saint Thomas Aquinas who promoted some concepts into the Church in the 14th century.  Aristotle lived way after Socrates passed away in 399 B.C.; his thoughts were evolved from the Socratic doctrine that the mutes, who signed in groups, had intelligence.  Saint Augustine was the 4th century AD bishop who ordered Saint Jerome to put together and compile the Bible. The same guy, Saint Jerome who wrote EPHPHATHA in the Bible. Much information was deliberately eliminated, but St. Augustine pointed out that the Deaf do have the soul if they are able to talk about the same GOD. The whole point is that EPHPHATHA is very Aristotelian method.

I began to realize that many people are not aware of the governance at Gallaudet University—a system of higher learning management. EPHPHATHA is a governance duty to make sure Deaf people is healed from their ears. Alan Hurwitz could not do anything to make Deaf students better on campus or even to offer an academic course. It is the Board of Trustees (BoT) that is more powerful than Faculty Senate. It is the same truth for all other colleges and universities. If Board of Trustees said no, then we are all struck.  For example, if a professor can facilitate a course proposal through the Faculty Senate’s Curriculum Committee, and if the Committee said no, then the professor is stuck. An administrator could not touch the Senate because he is an administrator. The same thing goes to Alan Hurwitz.

In 1988, when there was a Deaf President Now (DPN) protest, the Faculty Senate voted to disassociate itself from the Board Chairperson Janet Spillman for saying that the deaf people were not ready for a higher position at Gallaudet. It was the vote that helps winning the protest.  It is time to erase EPHPHATHA from Gallaudet campus and vote no confidence in BoT’s leadership.  Also it hurts not only the university but also our Deaf intellectual life—our academic freedom. It must not be over-sighted.

Imagine this, if Deaf people, the Deaf world, populated the world, our beloved earth. What if the world was devoid of hearing people? At very least a Deaf world would be a signing place where everything had a sign name thought of or experienced, for there would be just a signed language. Unfortunately, the world is not Deaf. Indeed, it is thickly populated with people who can hear and speak. In this very world today, I am asking if these hearing people do actually listen to themselves and to speak with the Deaf. Or should I ask whether these hearing people so gullible there exists the medical and scientific arrogances.  For instance, the term, EPHPHATHA, the world’s invisible Audism had proposed that Deaf people must be cured. If we manage to get the media to recognize the extent of Audism on Gallaudet campus, then we move them closer to an open mind because Audism is “unheard of”—Aye?

In the 15th century, Martin Luther challenged the Church by publishing the Bible in the German language.  In the 16th century, Henry VIII broke up with the Church. In the 17th century, the Puritans became the pilgrims in America. In the 18th century, America revolted against the British Empire. In the 19th century, America had the Civil War. In the 20th century, America saw two World Wars. In the 21st century, the term EPHPHATHA is still around Gallaudet. Why not we the Deaf challenge BoT and remove the term off the seal. It is time for Deaf people to live in harmony.  The irony thing is that one of the BoT members holds PhD in Cross Cultural Communication and Language and the same guy who coined Audism has not done enough conscious effort to stop it.

EPHPHATHA is very much the role of culture in attempting to medicalize Deaf suffering and toxic language in cross-cultural discipline and measures. Is it an occupation that many critics are not aware of EPHPHATHA at best, a betrayal at worse? We all ride. Now we can ride as one. The goal of removing the term is to gather thousands and thousands of support, to speak with one powerful “voice” and let policymakers, the media, and BoT know that removing Audism-theme is important and be supported. Also, will Gallaudet University we known ever grow into a reality or see the light of the day?

It is about liberty and democracy.  As Deaf citizens of the world, exactly what is our responsibility toward deafness implies—ASL and sign language! Being Deaf does not mean listening and speaking.

Isaiah 29.18: “Is it not a duty that falls to all of us to take up these children and to protect them on behalf of God, to educate them so that, as the prophet tells us, every day the deaf may heard the word of the book”

The origin of the term, EPHPHATHA has nothing to do with the opening of the mind. Now think about Muslims, Islam, Buddha, Hindu, Atheists, etc…do you think they will accept the view or are we start language war? We need to be careful not to impose Christian values. We need to think in diversity and the term, EPHPHATHA does not show to represent diversity which can be dangerous in the long term.