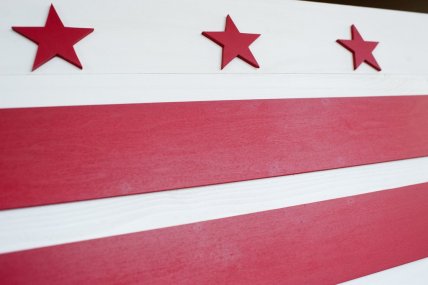 There are millions of visitors who visit District of Columbia, the nation’s capital. What I did not realize that today on this date, July 16, 1790 when DC was picked as nation’s capital while the first American president, George Washington signed The Residence Act that made a city.

There are indeed still consequences in today’s Deaf community. The fracturing of the social media takes a larger scope and understands that it is not OK to attack Deaf community.

District of Columbia’s motto: Justia Omnibus, which means Justice for All. When President Abraham Lincoln signed the bill to create higher education for Deaf people: National Deaf Mute College (Now Gallaudet University) in Washington, DC; Deaf people have the right to carry rightful justice that they have every aspect of human right to use sign language for communication, knowledge, and information. That was the main topic. Simple.

The creation of the university was built by many stories you cannot imagine how much it meant to them. DC was only 74 years old city when Gallaudet University founded. As Alexander Graham Bell was 17 years old living in Scotland that time, did you ever think what would AGBell think about that day, 8th April, 1864? Did his father or grandfather tell him the news? Did AGBell have a plan to destroy “all for justice” policy and erase sign language in favor for oralism? Was it the plan to preserve Bell family’s name and legacy to destroy an American motto at what highest cost possibly be?

Exactly 100 years after the founding of nation’s capital, AGBell had the nerve to set up American Association to Promote the Teaching of Speech to the Deaf now known as Volta Bureau, AGBell’s headquarters in the same city. AGBell challenged Edward Miner Gallaudet on the sacred ground of Gallaudet University that can be found in a book, Never the Twain Shall Meet by Richard Winefield. Help ourselves understand. The American democracy is not easily misunderstood. 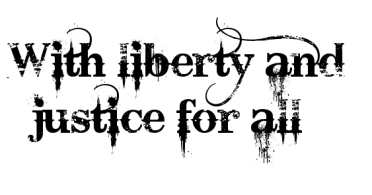 Justia Omnibus, is an American motto, which means NO ONE CAN TAKE THAT AWAY FROM DEAF PEOPLE in 1880 and the next 100 years today. AGBell do not have the authority to prioritize and revoke all for justice in Deaf community’s favor of ASL.

The District of Columbia gave Deaf people a life to grow and teaches that justice for all to overcome Audism at Gallaudet University. Why cannot the Board of Trustees [BoTs] flesh out all the connections between AGBell’s headquarters and the university for dirty money? Make it ASL/Deaf-centered, ASL/Deaf-controlled, and ASL/Deaf-oriented. What’s wrong with that? Today, we will stand by human rights to use ASL—Justice for All! Justia Omnibus! ASL wins!