I am 42 years old male, my government skin is white, and a direct line with indigenous people in my family, I will copy and paste this powerful statement that today people still thinks Indigenous people are “people of color”:

Native populations in America are not “ethnic” populations; they are not “minority” populations, neither immigrant nor tourist, nor “people of color.” They are the indigenous peoples of this continent. They are landlords, with very special political and cultural status in the realm of American identity and citizenship. Since 1924, they have possessed dual citizenship, tribal and U.S.; and are the only population that has not been required to deny their previous national citizenship in order to possess U.S. citizenship. They are known and documented as citizens by their tribal nations. (1)

After watching a Deaf white woman with privileges video to belittle Deaf people of color conference couple of days ago, I do not know what to say, more like tying knots in my stomach. This post might be bit long to read—and try my best to unpack my white privileges. When I was a college student at a local community college, I signed up for African American History as part of my degree requirement before transferring to a university. My majors were: English, Liberal Studies, and Sociology.

That day in 2005 when I entered into the classroom to learn and appreciate African American history, I reached a very low moment in my academic experience when the teacher turned out to be a white male and had no experience in teaching this subject. It was a very last minute notice by the History department and I was offended. That was where I decided to withdraw that course on the same day. I felt good about it—that was part of unpacking my white privileges.

The whole point is that it is appreciated by what it is called cultural appreciation to learn about another culture with respect and courtesy by their own experience through the trials of oppression. In 2010, I attended National Deaf People of Color Conference: Hands Joined, Signs United, Colors Flying held in Portland, Oregon, it has popped my eyes even more coming from Deaf POC. They were the teachers of stories. I thank them for their experiences.

….What societies really, ideally, want is a citizenry which will simply obey the rules of society. If a society succeed in this, that society is about to perish.” [A Talk to Teachers]

What this means is, if we project that someone fail, they indeed might. But if we encourage and educate them, especially to take the occasional chance and challenge existing knowledge, we could truly advance as a society.

It is about education of People of Color. What I learned all these years not just the courses I took, but all the books I’ve read is that people of color has been stigmatized and never allow a Deaf white people with privileges to challenge Deaf people of color conference’s goals and missions on the basis of gender and race. Did it create an environment of paranoia? They already suffered as a result of extreme prejudice and stereotype. 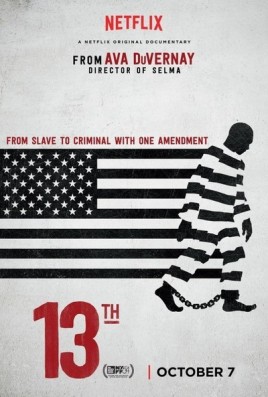 This pertains to social problems because there is definitely a large gulf of misunderstanding between POC and whites that seems to pervade society to this day, and that is tragic if we are to share the earth’s resources and live and work together as a human race. When no one asks honest racial questions about it, generations of ignorance and hatred fill the spaces between different races. When we all make an extra effort to understand each other’s experience or at least learn to it, that is progress in filling these racial gaps between people.

If I may make friendly suggestions to read three those books just to start and understand:

Michelle Alexander’s The New Jim Crow: Mass Incarceration in the Age of Colorblindness

And two movies to watch: Dear White People: A Satire about Being a Black Face in a White Place and 13th: From Slave to Criminal With One Amendment.

Yes, I have more books to share, but I feel this is good enough for now. It is only beginning—time to unpack white privileges right there. Remember, Hands Joined, Signs United, Colors Flying……Deaf People of Color comes FIRST—and try not to break up the hands, signs, and colors into white privileges. Make a good example. 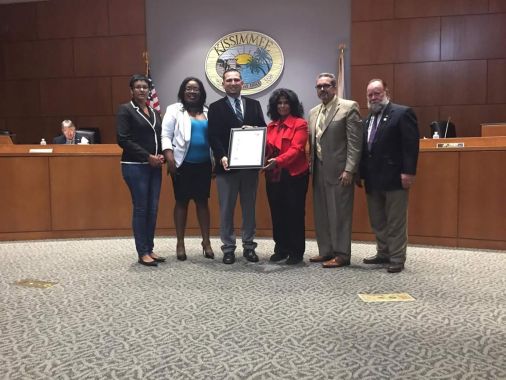 I decided to write this blog on behalf of Deaf people, whose culture is appropriated by and for the glory of hearing people.

ASL Day is supposed to honor and award given to Deaf people. They because they are the innovators of ASL. Without ASL, we have no past, no society, no culture, no relationships, and real humanity within our community. Stories shape our consciousness–ASL creates Deaf people.

It helps Deaf people develop an understanding and cultural heritage and cultivates an interest in exploring the diversity of human heritage generally. ASL is a marvellous invention, ASL is a greater external memory and that applies for Deaf people.

Recently in Kissimmee, Florida, an award was given for ASL Day. If you look closer at the picture, a hearing person is standing there receiving the award. The woman in the red dress is Angela Roth, a certified hearing interpreter, who has taken the spotlight off Deaf people so she could stand in it.

The change we need to demand has been declared in ASL. No award shall go to hearing people when they are not the owners of ASL.

Did Angela Roth deserve the award?