The power of journalism is not the same like it used to be today in Deaf community. Exploring different frameworks of journalism analysis, and learning tools to recognize these frameworks, greatly enhanced my reading of journalism texts related to The Daily Moth. I was previously aware that The Daily Moth and its host Alex Abenchuchan made an inappropriate joke about Republican presidential candidate, Donald Trump to use Marlee Matlin in his advertisement and mislead the public to make people think that Marlee supports Trump.

I am also aware that The Daily Moth that the host, consciously, employed its bad journalism in the school of thought, in the public to educate Deaf community and in his journalistic skills. The Daily Moth allowed to make bad judgements in his own values and predispositions and created a self-deception of how The Daily Moth might have employed these things in his own agenda.

I am a daily viewer of The Daily Moth myself, became baffled not only by the vague, rambling journalism styles of how they treat Marlee but also by the exact mocking intended. As each story progressed, the flaws and bad character traits of American society—especially Deaf community became manifest. Almost everyone can remember a bed time story being read to them when they all are humans. Frequently these works of journalism happen to be myth or fairy tale what The Daily Moth did.

We would pick a bed time story because of its many moral lessons and the positive influence the tale can have on our lives. Sometimes the fable uses negative reinforcement and could help to condition Deaf community by what The Daily Moth scares us. The question, did The Daily Moth shows in a passive manner, how to handle issues ranging from love, respect and vanity to discipline, labor and tact?

Every experience impresses strongly upon a maturing intellect, and fairy tales are simple but powerful in the messages. Journalism provokes us to use these stories to teach Deaf community multiple positive lessons about culture and at the same time attempt to develop a humanity in a practical and positive way. These tales are a vital and important tool and are extremely useful in our upbringing. Fairy tales and myths were originally created to reinforce our current culture and highlight the habits and personality of a developing mind.

The Daily Moth lacked a certain continuity that would have allowed the journalism to flow in logical argument that Marlee was a Trump supporter. The mistake that they did was an overdependence upon the journalism honesty or qualities to convey symbolism. The Daily Moth needs to issue a public apology for Marlee Matlin. Will it even happen? 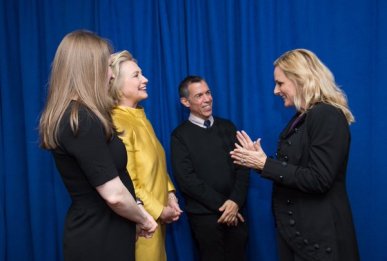