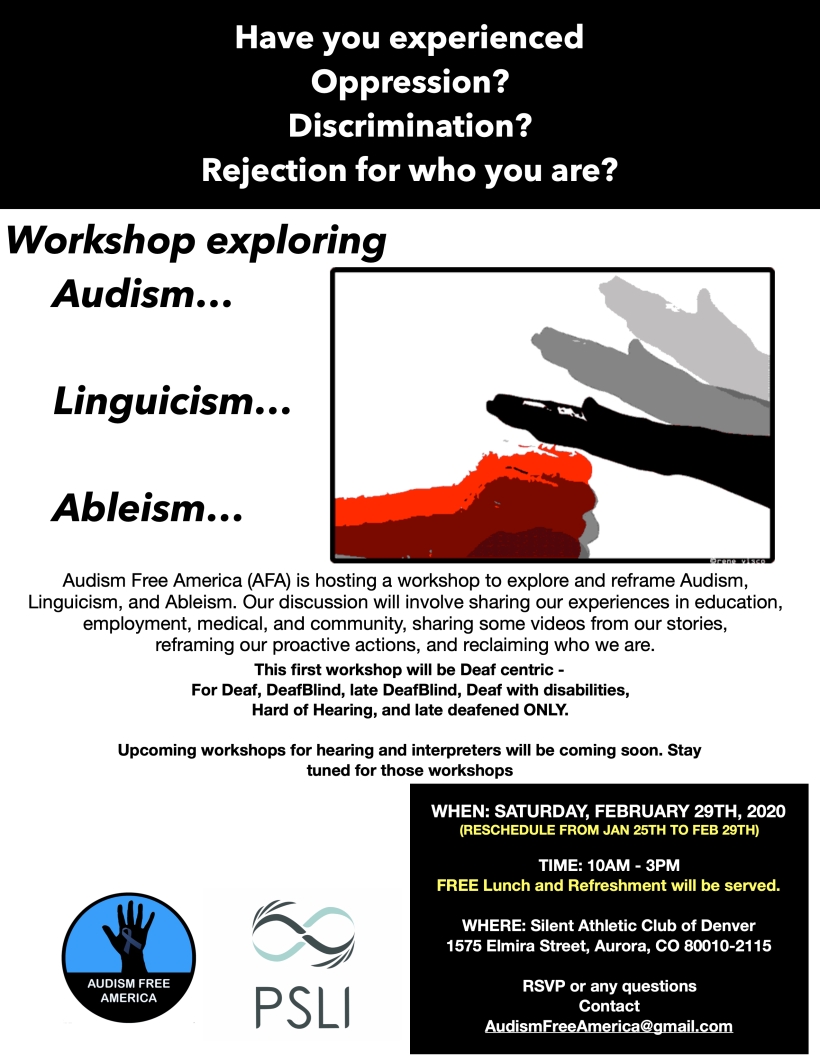 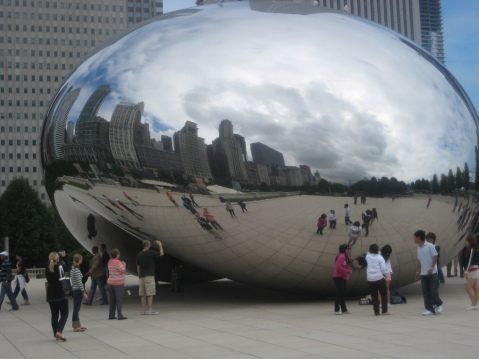 We all ask why there is no event celebrating 200 years of ASL and the birth of Deaf Education at Gallaudet University. The only thing coming out of Gallaudet is the video message by President Roberta “Bobbi” Cordano.

Who is in the charge of money there? His name is Paul Kelly, vice president for administration and finance. A pure Audist at heart. He also is in charge of Bobbi’s money, too. He was very successful in dodging responsibilities in not only oppressing Deaf people, but also avoiding ASL in the accreditation question.

This is not the first time. We all need to be aware of Administration & Operations Manual what is called “4.41 Dispute Resolution Procedures”—where the students even faculty members could have make any difference to grieve the unreasonable action by Kelly in the spirit of academic and ASL freedom. Why are they afraid of what?

In few weeks, graduation is coming up—the school for 2017-2018 academic year will not start until last week of August. If there is no celebration before the end of this year including September, the month of Deaf awareness or in this matter, homecoming events then we all need to challenge Kelly’s ignorance of Deaf people and ASL and culture. Renewing and celebrating ASL at Gallaudet University even as the language of instruction in the Administration and Operations and why it is important for the world of the Deaf to have every constitutional rights to celebrate ASL and to break the domino effects of Audism.

Again, why is Paul Kelly in the charge of a “new order” and would dare to suspend anyone who participates in a rally that celebrates 200 years of ASL? Dirty politics at Gallaudet University will always present. Paul Kelly needs to go. We do not need a pure Audist in the administration. Too long. New blood is coming up soon.

Can you believe Paul has been at Gallaudet University for more than 35 years? Amazing! Don’t forget what Paul did to Carl Schroeder, too. 🙂

Since Tom Humphries coined “Audism” in late ‘70s for his Ph.D., his vision of seeing a lot of Deaf people being oppressed so frightening that as Tom did not give any professional lectures about it. Almost four decades later, Humphries does not believe in it to pretend that Audism exist. Is Audism controversial? I remember reading a book, The Mask of Benevolence: Disabling the Deaf Community that was published in 1992 while I was a sophomore in high school, I did not read the book until 1999.

Harlan Lane, Carl Schroeder and I had a private meeting in 2010. He signed the very same book I read in 1999.

There are millions of poor Deaf people, any kind of color in America that are suffering from pain and exploitation they all had in common, as a lover of freedom and liberty for all Deaf people to enjoy, I believe that efforts to build a law that recognizes Audism through stories, hard facts, and professional opinion, basic elements that are commonly missing when discussing “Audism” in the society.

If I coined a term whatever it is, I would make sure I educate the country, no matter what how long it is because it is my social responsibility and civil duty to continue educates Deaf people.

Let’s face up to it, Mr. Tom Humphries, there are millions of Deaf people who might look up on you, in a sphere of heavily steeped emotionalism, political struggle, power struggle, and human struggle that are completely ignored and continue to ignore Audism that exists today and tomorrow. I was one of them who look up to you. I own a painting of your face done by Nancy Rourke along with 12 faces in my personal space that was supposed to make all difference.

Is Tom Humphries still a scholar today? As in a book chapter called Audism: Exploring the Metaphysics of Oppression by hearing chair of ASL and Deaf Studies department at Gallaudet University, H-Dirksen L. Bauman writes:

However, it is was not until 1975 when a Deaf scholar, Tom Humphries, decided it was time to name the discrimination against Deaf persons and to coin a term that would be part of the currency of discussions on human rights, deaf education, and employment.”

Audism did not discuss until 1992. Why long silence? Funny thing that I was struggling in schools, home life, and personal life because of long-silenced treatment that Audism exists. Talking about Audism has often occurred in the context of angry words, hostility, accusations, and divisiveness.

This coming Friday and Saturday, April 14th and April 15th, there will be rally sponsored by Audism Free America (AFA) celebrating 200 years of American Sign Language (ASL), Deaf Education and their stories through the power, freedom, and justice to fight against Audism to let the society know that it is a permanent movement.

Where is your empowerment, Humphries? That was 42 years ago—and Deaf people would be empowered by now instead of being in silence about it. Since 1880 Milan Resolution, Deaf people have been survivors of the longest hate crime in American history. We refuse to live in hearing superiority. They need to respect Deaf people—the more respect, less Audism. In Humphries’s words:

Although, the society that I envision is one that maximizes freedom and liberties for ALL Deaf people coming from walk of life—the concept of ignorance is what completes the loop of full justice even at Gallaudet University.

Yet, Bauman writes, “The term now appears at all levels of the Deaf Studies curriculum at Gallaudet University, from Introduction to Deaf Studies to Deaf Cultural Studies.”

I was asked to give a lecture at Gallaudet University a month ago and found that Deaf students who comes from mainstreaming schools, some of them are juniors and sophomores at Gallaudet has no idea what Audism stands for or do not know who George Veditz is, or Alexander Graham Bell, even the story about Milan. It’s very serious problem. I call it “Social Problem 101”.

Gallaudet University needs to bring stronger ethics and require ALL Deaf students to take at least 12 credits in Deaf Studies and Deafhood courses even though if they are not ASL/Deaf Studies majors.

Perhaps we should re-frame the question: How can Audism protect Deaf people from future social problems? In this case, the answer probably lies in higher learning and lectures. How would you answer this, Tom Humphries? Deaf people who are survivors of Audism do not need to be forgotten even in long silence.

Lane, H. (1992). The Mask of Benevolence: Disabling the Deaf Community.