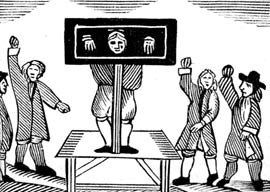 Internet shaming is the greatest pain in human struggle. The population in Deaf community is the world’s smallest minority group. When Deaf shares a mug shot of Deaf in a digital age, defining whom the person, and shaming in the most possible character assassination. Just mention name to those who have known and read with no doubt stirring a flurry of controversy. It is exhausting and drains emotionally. The Impact of Public Shaming in a Digital World available on Internet to read with a good example below:

“Using public shaming to shift our beliefs rather than having constructive conversations has become the new normal. Are we now blurring the lines between activism and [cyber] bullying or humiliation?”

Are we just scratching the surface? It will take more than pain to keep us safe. Public shaming must be addressed the dangerous concentration of cyber bullying that allows cruel punishment and hate to operate in Deaf community. At the lowest, earliest, and most painful stage, public shaming of Deaf in literature as such begins with the hate.

The practice of public shaming in Deaf community is not something new. More public, more widespread, more dangerous, more harm, more hurt, and there is a book by Jon Ronson who is the author of So You’ve Been Publicly Shamed, highly recommended to read: 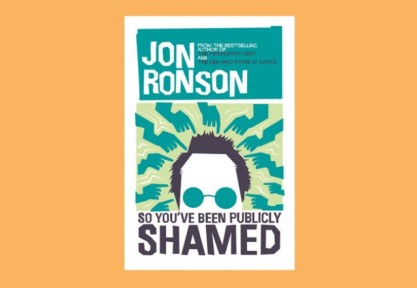 Under warped system of public shaming, who have the power to change it? This kind of power prevents critically community accountability for all the ways public shaming hurts Deaf community, destroying democracy, address the crises facing possible for the critical awareness about public shaming, and it might be critical than ever that the needs of Deaf community must be addressed to stand up against internet shaming in the name of hate, in a well-defined solution, will it ever happen?

Living into the past, say 35 years ago is not going to solve anything. It creates more hate to make public shaming, a toxic in the making. Internet shaming is part of psychology’s traits; something to think about it.