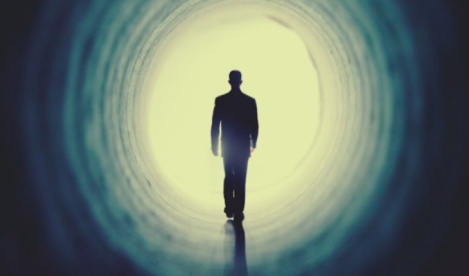 After watching ACLU video about the treatment of imprisoned Deaf and Deaf returnees in Georgia, I understood the pain myself. We must understand that the law requires humane treatment of Deaf prisoners. When I was jailed almost 25 years ago, I was placed what was called pod known as C-2. It housed around 50, 60 inmates. Only 15 beds were offered, so the majority of inmates slept on the floor. I was 21 years old that time. Now I am 43 years old.

The first 15 minutes of living in jail system, I got in huge fight with three big inmates who were calling me names and placing death threats, and broke my hand. I was given aspirin for it. Nothing else. I had to be forced and learned how to toughen it up.

I remember I asked for ASL interpreter, written down on note, and it was rightfully violated—as I remember one of the jail staff, knew that I was Deaf, and became the target of harassing through shame and shaming even attempts at shaming more. It was nothing but a shame revival as a force.

Once I was thrown into a solitary confinement known as “hole” for 72 hours just for protecting a Deaf inmate. I stood strong while I was in there. How did it happen? Inmates from C-2 were given one hour to play table pool, and this Deaf inmate was standing on red line where people were not supposed to stand there.

He could not understand what jail staff were talking to him and forced him to lip-read, then I walked up to him and explained to him in ASL, then one of the jail staff, happened to be the same officer who were targeting me, roughed me up against the wall to mind my own business. Other inmates did not like that what they saw and they were on my side. Then I was thrown into hole. 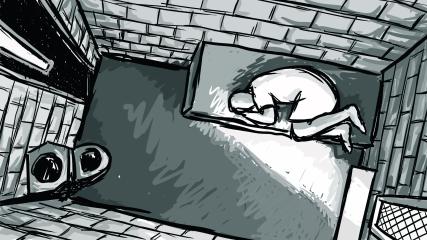 Then later, I became very sick for nine days and asked to see nurse also I also asked for ASL interpreter, of course, denied as usual. The nurse gave me aspirin and water. My temp was 104 degrees. The treatment of Deaf prisoners exists.

While I was very sick, I had to survive myself. All I had to drink Kool-Aid and could not able to eat much for the last nine days, even though there were few inmates who came up to me and gave up their Kool-Aid out of respect and they knew that I was damn sick as fuck.

Finally, I felt better after nine long brutal days, then about few weeks before my release, I fought for my rights to get captions on TV, it took me many months to fight and won. That morning, there were two men from jail staff came in and installed captions there, I was standing there smiling and other inmates looked at me, “Right on!” and later, I was chosen to be a trustee in C-2 cleaning, serving breakfast, lunch, and dinner, and messenger for inmates before my release.

I had very difficult time getting access to TTY—only that I must wait until after 5 PM, but my lawyer’s office closes at 5 PM. They said to me, “Fuck off” and deal with it. When I use TTY, a jail staffer would stand next to me and read what I type. Seriously. Word for word.

Then the hardest part: the brutal treatment of Deaf returnee in society. Eight years on probation, like I wrote in other post, around 97% of time, I was denied for ASL interpreter, only if it is emergency meetings, or polygraph tests.

I was forced to write down on notes, and lip-read—if I do not comply or cooperate with probation officials, I was warned with eight years in prison is on thin ice for me if I do not comply. Writing about my experience became at stroke of a pen that we all know that pen is mightier than sword.

As a Deaf returnee in the making, I had been the biggest target of an online bullying campaign that they wanted to derail me badly, crashing my livelihood, and mental stability by the personal attacks. Shame is not healthy, it is a targeted emotion, which makes Deaf returnees challenging. Is the society on the full scale of anger? Encouraging culture of fear would solve solution? We need to understand the core of shaming. 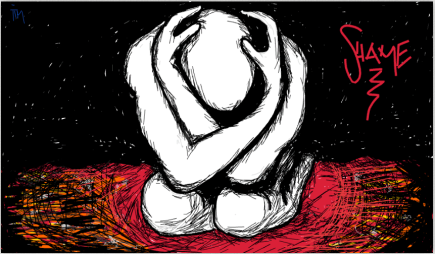 Right before deadly heart attack at Gallaudet University on November 8, 2016: the most important question in the history of Gallaudet, I asked in the front audience will be always forever remembered. Room 1011. The question, “Why did Gallaudet University encourage fear targeting Deaf returnees?” then I was dead for ten minutes. They do not want the public to know the truth. I am a living testimony of personal shame and humiliation. Will the living of testimony of support happen? The history of Gallaudet is famous for bullying, shaming, and ostracized.

Flash. Flash. Flash. Then I came back to life. I challenge scholars themselves to be educated about how to define shaming itself, and particularly about whether to emphasize my experience of shame in my own journey. The treatment of Deaf returnees exists. Bashing does not work. Love is what is most important right now. Hate is not.

Yes, Gallaudet University will be always a hate-crime, hate-speech, and hate-literature campus. How can we improve the treatment of Deaf returnees at Gallaudet University? Department of ASL/Deaf Studies comes in many forms, and it is surprising how much of shaming practices from the department bringing an army of trolls causing real psychological damage. Where is the opening examination of shaming?

One thought on “Allegory of Deaf Returnees: The Opposite of Hate”