That is right. Alexander Graham Bell Association is making a come back for the state of Oregon chapter. Janet Weil, President of AGBell, Oregon Chapter writes, “Did you know that his headstone in Nova Scotia says, ‘Teacher of the Deaf’?” to make sure Oregon must be listening and speaking state champion. Rake in big money.  Nothing more important than the legacy of Audism continues to bulldoze Deaf community. No headstone of AGBell is allowed in Oregon.

Ms. Weil had enthusiastically described and explained in her letter, that it is time to track and deliver the message that AGBell services could provide. With confidence in an oppressive tone, she had brought her authority to a close with in her mind, “Now we are making sure Deaf community will lose”—It took only a few seconds for her to realize that she was in for a disaster.

Just three sets of eye staring—one set at her, one set at Deaf community, and one set out to get rid of American Sign Language (ASL) and force them to listen and speak instead. As the silence walks into Deaf eyes, Janet needs to know that her confidence is slipping away. The Audist behavior. Understanding the Audist behavior. Audists in review. Coping with Audists.

There were plenty of Deaf Oregonians had been oppressed under AGBell practices according to Paulo Freire in his book: The Politics of Education:

Washing one’s hands of the conflict between the powerful and the powerless means to side with the powerful, not to be neutral.”

AGBell was powerful and Deaf Oregonians were powerless. They were forced to side with the powerful dictatorship, according to Ms. Weil’s “Teacher of the Deaf” refers in to AGBell. Now they are no longer powerless. The key is to cope successfully with complainers like AGBell. We need to know what lies behind their actions and how easy it is to be sucked into their world. We need to be aware the real problems, but AGBell is doing it in a private manner that elicits defensive responses from Deaf community.

Survivors of AGBell practices, we understand as the only kind of active behavior that seems possible to those people like AGBell feels powerless to determine Deaf people’s own fate. Deaf community refuses to be powerless when they favor American Sign Language for the instruction of learning. Ms. Weil writes, “I am passionate about this organization http://www.agbell.org and even more excited about what we can all do together to make a lasting difference, while having a great time. Looking forward to hearing from you.” 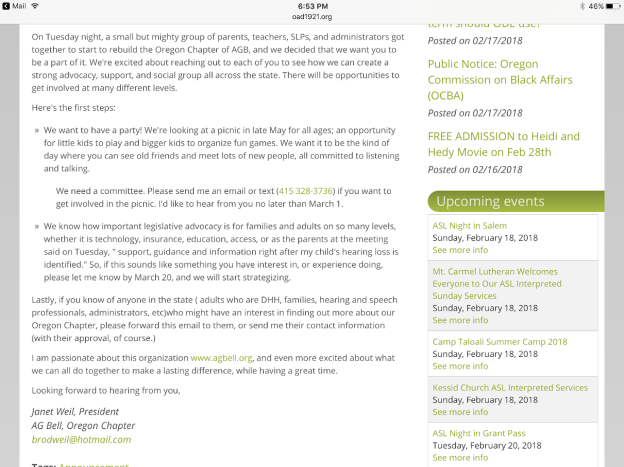 Who might Janet Weil? Her uncle, Arthur Simon was a founder of the Deaf Adults Section of AGB. She was an executive director and principal for Children’s Hearing and Speech Centre of BC (British Columbia) in Vancouver, Canada and it has been supported by the Alexander Graham Bell Association in Washington, D.C. and has been frequent supporter for VOLTA VOICES. She was a teacher-trained at Central Institute for the Deaf.

Any AGBell chapters in America, including Oregon are not welcomed. Deaf community will be continue to be the protectors of ASL, and give Janet Weil the balloon known as the phony know-it-all expert, balloons seek the attention of others by acting an expert when she is not. Janet also needs to be aware that she is not speaking for us, Deaf community behind her knowledge. Janet’s balloon is often tracking and targeting Deaf people for information to make AGBell proud, and that would lead to trouble only and be aware that the balloon will face the moment of truth that AGBell will be immobilized. Inactive. Deactivate. 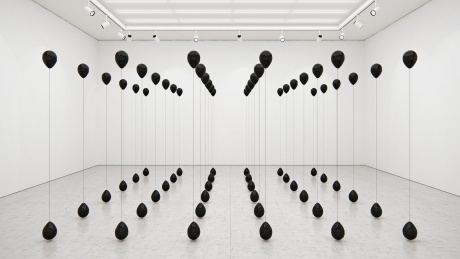 Notice the area code. 415. That is in San Francisco. Janet is making all the decisions while living in California and tell Oregon what to do to build more Audists. What an attitude! How much is she getting paid to do? Living in San Francisco is expensive…….

The presence of ASL will always bring awareness and the probability of Oralism loss of face, on the other hand, will reduce the balloon to the most elemental kind of knowledge. ASL will always making a lasting a difference for lifetime. ASL will be always expensive to replace for listening and speaking or in the name of Oralism to please AGBell.

Do we do not need more scars anymore?