What makes Paddy Ladd a scholar? He might be the world’s coolest Deaf hippy scholar you would meet. I learned that today is his birthday. What makes things more special on the date of February 11th? Astronomer Tycho Brahe was offered to own an island of Hveen offered by King Frederick of Denmark on this day in 1575.

If you win Powerball ticket worth $600 million dollars, would you buy an island that would be the world’s Deaf-centered covered with a golden knowledge, and one cannot see what is there, beyond, on the powerful eyes? Gain knowledge in Deafhood studies. Look in the mirror and see in your life you see clearly, precisely, consciously and with empowerment. And give Paddy Ladd to profess the master ceremonies that makes the island so unique. Ladd sets the mind to begin your journey and understand your process. Let’s name the island. Anyone want to throw a creative name?

On this day in 1790, Society of Friends made a petition for Congress to abolish slavery.

Can Deaf community set up a petition for Congress to abolish Audism? Ladd writes in his opening introduction of his powerful book, “What is Deaf culture? Why is it of such importance in the Deaf liberation struggle? Does it have anything to offer to majority societies, anything to teach them? And why has the world heard so little about it hitherto?

Deaf communities too might ask these questions. But they would also ask: ‘Why does the burden of proof fall upon us? Why is it we must strive to raise funds in order to accumulate evidence which “proves” that our sign language are bona fide languages, and that the collective lives of Deaf people are bona fide cultures? These questions represent a major challenge, which this book directly addresses, and which, by its close should have come into sharper focus.”

If you have not gotten a chance to see Paddy Ladd’s trilogy on British Sign Language (BSL) Zone, please do so and watch three parts. Childhood, Manhood, and Deafhood. Ladd gives us the train of thought to believe in yourself and the state of being Deaf, believing definitely with your passion, body and mind hold the pursuit of happiness.

Ideology as the site of cultural struggle is important on two levels. The first concerns “external” struggles, in the domains where the Deaf community contests cultural meanings with majority society. The second is “internal” and is crucial for this study. Oppression results in a perception of minority cultures as homogenous entities; yet the reality is that divisions within these cultures may have even greater significance than in majority cultures.”

Exactly and how fitting it is! Majority and minority cultures are continue to struggle in many forms, and I believe Deaf people shall recover strength from being oppressed daily.

Today in 1916, Emma Goldman was arrested for lecturing on birth control. No Deaf people should be arrested from gaining their knowledge for Deafhood studies where Ladd loved to teach, empower, guide and build them into leadership of the Deaf.

When University of Bristol decided to close down Deaf Studies Centre, Ladd was heart-broken because of his seeds in the program has been impossible to replace. In his skills of being a lecturer on Deafhood studies, we should be happy and empowered with knowledge what Ladd had given us.

As I understand that Ladd enjoys music in his own free time, I would not be surprised if he is a fan of Beatles. Today in 1964, Beatles first live appearance in America, Washington, D.C; Remember REI, the new one right next to Harris Teeter, it is the same place where the Beatles gave their first American concert there. 1960s was a hippie movement. Ladd has very much influenced America.

Oh, this is interesting. In 1978 today, China decides to lift a ban on readings of Aristotle, the same philosopher who started bigotry about Deaf people. “Those who are born deaf all become senseless and incapable of reason.”

Not on Ladd’s watch. The reason Ladd writes a book to lift a ban to let people know that Deaf people are capable of empowering their lives. No question about it. Be grateful that Ladd was born in right time—hippy era with bright minds.

In 1993, President Clinton selects late Janet Reno to be first female United States Attorney General. Is there possible we might see the first Deaf female United States Attorney General in the future? Ladd writes in page 212, “Addressing the questions of how cultural, economic and political divisions and hierarchies are reflected in daily life, and seeking to replace notions of passive absorptions of culture;”

I believe it can happen if Deaf people really believe in themselves and overcome the adversity of how cultural, economic and political divisions and hierarchies are reflected in their every day life to crack the status quo. 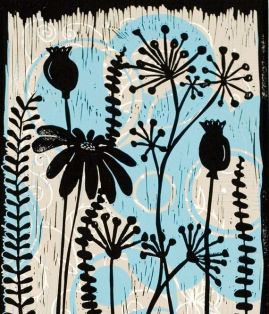