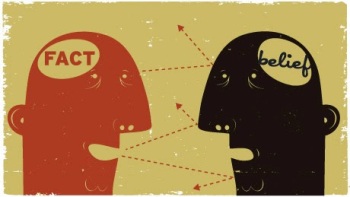 This post is for Regan Thibodeau —who I believe she was on the committee for Maine Deaf Film Festival (MDFF) in 2016. There was a documentary film called Lost in Cubicle: Long Road Back—I think it might be the movie title (I hope I am right)—anyway, MDFF chose this documentary film to earn second place which was awesome—the Deaf documentary film maker and I had been storming a lot of ideas together to make sure the film was powerful enough.

In fact, one of the stories in the film was based on my life experience. The documentary film was about Deaf returning citizens and Deaf inmates’ stories. Have Regan forgotten about it? She even said that I need help. That was pretty low of her to say that. “Ghost blog….I hope someone helps him, too”——even coming from certified Deaf interpreter who practices biases already. I am not the ghost. My name is Jason “JT” Tozier. Thank you very much.

The fact that Regan did not do her homework when making an inflammatory statement is proof enough that ignorance put her own biases ahead of the public good by selling the fear and disgust of this topic instead of examining facts that if taken seriously would have greatly undermined the idea of who I am as soulless monster.

Deaf returning citizens who paid their debt to society should be reintegrated back into Deaf community without SAYING THAT I NEED HELP that word continually wounds me with shaming, stigmatization, general social exile and many. As a liberal society, we believe in facts before myth, science before faith and reason before assumption, and justice for Deaf returning citizens, not justice for a few……..

I do not need Regan to tell the Deaf community that I need help. Regan does not know my life stories instead she said that I need help and thinks I am crazy. Don’t tell me that I paid $80,000 for counseling, dealing with the most ugliest label on my forehead and I continue to seek help through Deaf Counseling Center today. Here is the older blog post I wrote not long time ago: Suicide is a Big Problem in Deaf Community.