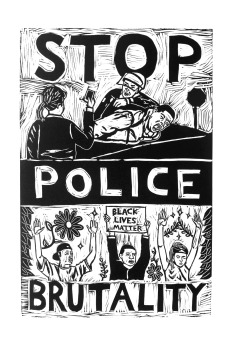 I would like to write this out of my heart that I would like to apologize for using “Kneel” from one of my recent blog posts. The term of “Kneel”—inspired from professional football players in the National Football League (NFL) to make a statement to stop police brutality, racism, and targeting people of color people (PoC). I realized that I should know that after 20 years of police brutality I’ve seen in newspapers and Internet targeting PoC, I used “Kneel” for the wrong reason even as a white man with lineage in Cherokee and I realized that I still have not completely unpack white privileges yet.

It is true that the majority of Black people who has suffered the most. For so long, do we even realize that the Deaf community, “us” and “them” may never touched the same ground in many corners of American society. Because of those people like who kneel in NFL games, the healing is encouraging. The truth is far more critical. That is exactly why we should be supportive of social justice.

As eager as I recognize the cause, we all do need to analyze ourselves a crucial question. I would like to thank this person who found time and talked about it in person and wrote a text to me, “As for injustice of POC against anthem” and we need to accept the fact about the police brutality and injustice of PoC, we need to use kneel against anthem. The anthem is not represent for PoC, too. Community accountability is desired.

As compelling as the stories out there who survived through police brutality, racism, and PoC including Deaf PoC, Deaf, Deaf-Blind people, the question to be seen, why we did not seen enough of never-ending human struggles with us until we stand up against the bigotry? Why does just how far we still have to go?

Again, I used “Kneel” out of poor judgement and realized that it was particularly hurt to PoC, for whom this image is a symbol of hatred and struggles and would like to commit to make a change.

With my apologies, I take full responsibility for not taking myself serious enough to understand those stories out there. 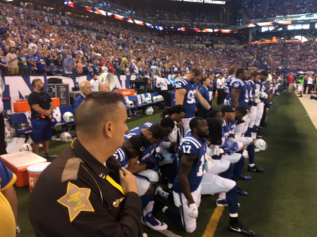