1984. Lewisville Park. My dad and my brother in the background. (I never liked Nike!)

I would walk through the same paths in rural area where I grew up living in country on 400 acres, being lonely where my life was destroyed there, my father asked me why I would stand hopeless in the middle of the family’s property one day when I was visiting there about seven years ago, the search for the remain of my fatal happiness, I could not explain to my father why I walked into the familiar flashes of my own negligence.

Before I begin to make a statement, it is important that I would like to set the bar. There were countless times during my status as a Deaf returned citizen; I learned how to use my own strength to overcome the adversity for a successful reintegration. I make this clear to admit that I make no excuses for my actions and offer any apologies for the choices I had made—at someone else’s will because my adolescent experience was set in motion the development of losing my human dignity.

Where are the welfare, safety, and protection of the Deaf returned citizens when they were once children survivors of abuses that the society failed to report them? I was a survivor of sex abuse when I was 10 years old that I will reveal soon. The reality is, though the details of my life are largely ignored in larger context, no amount of help has surfaced to help me move on through the damage that I had done to my reputation.

The Pandora’s box I plan to reveal soon and that was the hardest thing to write. I am tired of being targeted anymore for the stigma to be solved through the thick wheel of fortune. Criminal justice system is broken. They choose to withhold my stories and harm me in most ridicule way. I read Friedrich Nietzsche’s quote that caught my attention,

Sometimes people don’t want to hear the truth because they don’t want their illusions destroyed.”

That is my goal to disclose my life struggles to let the readers know that the self-discipline is necessary.

I remember a field trip when my teacher would take me and three other kids from my “hearing impaired” class to OMSI (Oregon Museum of Science and Industry) then when it was over for the day, my teacher took us to her house for a bit when she needed to do a quick errand before taking us back to school. There was a large craved wood display of a large breast hanging on the wall in her living room and I asked my teacher, “Who was that?” and she emphasized it was hers and that was when I was nine years old. That was in 1983. Was it unintentional or intentional wrongdoing even if it is as form of art on the wall? Did I deserve to see this?

After all, who would willingly do that as a teacher that would diminish my confusion what sexuality consists of? Then I started to struggle my balance to maintain good grades in school when she is there. Two years later when I first got TTY for the first time, I remember couple of TTY messages exchanged with my teacher and told her what she did was wrong; she quickly denied and made sure that I was some troublemaker. I struggled with my own interpreters when my teacher was the boss of my interpreters. 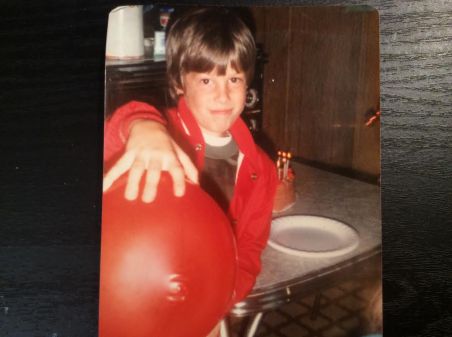 Celebrating my 12th year of my life.

Typically, Deaf children are considered troublemakers with the opportunity given threatens by their sound-oriented teachers whatever affliction Deaf children suffer from manifested it. You know, the teacher or school itself was supposed to seek each parent’s permission along with signing the form of agreement to have the teacher take us out of “educational” settings heading for her residence. The form was never materialized.

They forgot to teach Deaf children the most important evidence of all: Logic and reason. I was never taught that way with extremely lack of communication in my family that it was a wrong reason to do it and that became logic of my stupidity a bit later in my life. What I do not need right now in my life filled with hatred, fear, and angry from the numbskulls that fuels the desire to demonize my life hardships.

This is one of baby steps for me to reveal my life stories. As the quote would wrap up for the thought of the day: 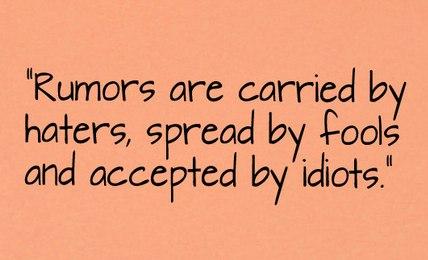