The logo has been designed by a company called Visual Logo Design (VLD): Visuallogodesign@gmail.com

As a founder for Deaf Access Justice (DAJ), it is my duty to write this open letter and let the Deaf community understand the struggles of police brutality around the country today when it targets Deaf people for unnecessary bigotry.

Hate crime violates constitutional rights of Deaf people, especially unharmed Deaf people who were shot by police. We must always remind ourselves as well as all others how our Declaration of Independence makes our country different from any other nation around the world.

The Declaration proclaims that we have inalienable rights to “life, liberty, and the pursuit of happiness.”–The Deaf guy by the name of Daniel K. Harris who was shot to death by state troopers in his car in North Carolina. Daniel was unharmed. This is a good case of police brutality.

Being Deaf and even unharmed was his pursuit of happiness in Our Constitution. The first Amendment to the U.S. Constitution prohibits abridging the freedom of speech but constitutional rights of Deaf people have been violated especially when they “fail to hear” by state troopers or police now requiring them be submitted to be charged with hate crime.

Every decent person abhors violent crimes that are motivated by prejudice or bias. Thus, the case for congressional legislation that would expand federal authority that already prohibits some “hate crimes” [See, e.g., 18 U.S.C. § 245(b).]

There is very, very, very rare when people are aware of this federal statute, “Deprivation of Civil Rights Under Cover of Law”, the third federal statute concerns actions committed by public officials–most often the police–who intend to deprive an individual of his or her constitutional rights.” [Jack Levin and Jack McDevitt] Deaf community is tired of being in silence and had been deprived their own language: American Sign Language, and their constitutional rights. 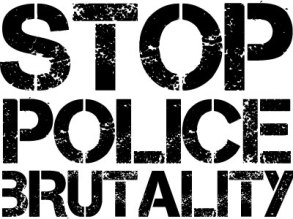