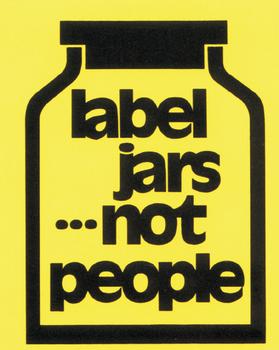 Once upon a time, a scantily clad less paddling down a river has lacked awareness—at least hundreds of eyeballs eager to continue their glance to help and support stop bullying. In a country’s long history of oppression of Deaf returning/returned citizens (DRCs): San Diego, Chicago, Portland, Baltimore, Jacksonville, Atlanta, Boston, and the big cities.

One of the things that makes labeling so powerful is that the sheer amount of hatred it gathers it makes it possible to encourage what the community as a whole are interested in. The proposal to ban DRCs from the Deaf community has taken many forms over their lifetime. A lifetime scar. It is a collateral damage to DRCs.

By many measures, there is no tougher place to be Deaf in America than Deaf community itself. The overwhelming majority for lack of awareness about DRCs who make up higher proportion of struggle to reclaim their lives, for one, pursuit of happiness. It is a reality that Deaf community do not see or understand about, in part because Deaf community itself often excludes it from nationwide support or news accounts of hatred problem.

DRCs have been known as crazy people with a mentality plantation. Believe it or not, they can make a better example of role models in Deaf community when they are destined to make a good example to turn their lives around. There is a misconception among outsiders about DRCs—they think that those kinds of people do not belong in the society or even Deaf community.

Do DRCs deserve being threatened by things such as deficit thinkers, internalized oppressors, and hatred allowing recognition and bigotry? In the same way, DRCs were instructed to be eliminated by the grim reapers, and mental violence. The result will certainly be a lot of encouragement and perhaps, dislocation. DRCs often face unjustified employment, education, and social barriers. As a Deaf community, should we support all of our DRCs because this support opens the door to opportunity to this population that preserves public safely and provides economically sound results?

We need to utilize awareness to help ensure that DRCs have: (1) access to pursuit of happiness. (2): Direct contact with Deaf community (3): Access to information about the laws that protect DRCs. (4) support DRCs as they search for networking, education, and employment. Consequently, any ban on DRCs would not only further marginalize this population, but would be unwarranted;

I strongly believe that community accountability, and public awareness would benefit greatly from the perspective of DRCs who have direct experience with our criminal justice system and who have lived to tell about it. This sort of action in support for DRCs would provide education for Deaf community even legal community and add to the intellectual, experiential, and cultural diversity with its own community. Research has shown that DRCs who have turned live lives around for the better, are typically the best students, employees, etc. because they value the opportunity.

However, barriers erected by society for this population serve as impediments to sustain education, direct contact with Deaf community, and careers upon return to society. How can we solve this problem? I am not ashamed to inform you that I am a Deaf returned citizen and happen to be the most honest DRC as well to live to tell about it who happened to be the best student in my own courses, Each of it and I am very proud of it! End the mass incarceration! That picture below where I gave a presentation at Gallaudet Univeristy.

2 thoughts on “Beyond Labeling: The Role of Awareness”