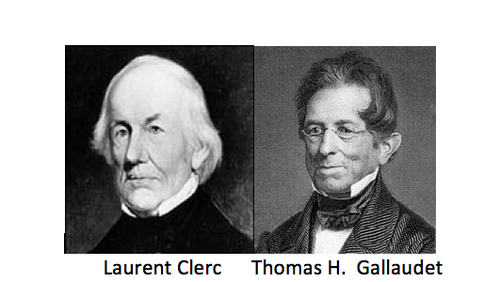 “In human hands, our intelligence has enabled us to overcome the restrictions of our biological heritage and to change ourselves in the process. We are the only species that does that.”- Ray Kuzweil, How to Create a Mind: The Secret of Human Thought Revealed.

Today is the last day (December 10th) of Clerc-Gallaudet week. Next year, it will be 200 years in celebration of their arrival from France for America. It is forever legendary! It means that there shall be a huge change in the face of Gallaudet University starting on January 1, 2016. Within new president-elect coming in, Roberta “Bobbi” Cordano already has been visiting Gallaudet campus and listen to the changes. 59 out of 180 faculty members showed up for a productive meeting along with Bobbi in the audience last Monday, December 7th afternoon that they are not happy with the administration that holds 90 people. 11 people in President’s cabinet. They voted for a change of administration. They are tired of status quo. They really are.

They say only the administration sit on their hands, happy with the status quo. With that in mind, they want to see Gallaudet change with the positive vision. No more bullshit. No more gimmicks. They do not want to have another president in line for another major hardships for Deaf students, but all that has changed now with Bobbi in the mix. I just hope she keeps it gone long enough to get out the vote. The administration is the worst I had ever seen.

Why—we might ask—do the administration think they are qualified to belittle Deaf returning citizens whenever they are walking around? Do they, for example, train and tell professors how to perform oppression against them? They apply that reasoning to the teaching profession. The administration needs to stop hiding lies—they do not ever respectfully listen—all of us—to what the administration say about their profession and its many needs. Do they call it and continuing education at Gallaudet? That is why it needs a new blood in the administration.

To paraphrase Socrates in Plato’s Republic, Gallaudet University we have known can never grow into a reality or see the light of day. At Gallaudet, possibilities must be limitless. Deaf returning citizens who are strive to be students are limited. The research has shown that the returning citizens, who have turned their life around for the better, are the best students, because they value the opportunity.

Without an education, the path toward rehabilitation and economic security is far more challenging—they do not need cruel punishment anymore. This sort of action in support for Deaf returning citizens would provide education—adding their intellectual, experiential, and cultural diversity within the student body.