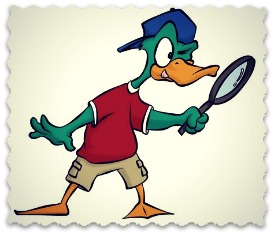 I am excited to challenge the only Deaf-signing woman in the world that receives PhD in Philosophy. Her name is Teresa Blankmeyer Burke. She was there at the graduation held at Gallaudet University and admitted that Vinton Cerf did talk about technology, but did not “exhort everyone to get implanted.” I am surprised for someone like her holding the highest honors in Philosophy did not exactly read the lines very well. We cannot ignore the hate speech that is already proved scientifically or verified objectively. So, it is important to put a lot of investment in understanding hate speech. The tools we learn is very crucial for everyone with greater perspective about hate speech and bias, so we can forward with healing to pursue the higher truth and value of Deaf people, no matter what conclusions are. The mockery is gone. Long gone.

There are only two words that are people: survivors and hostages. How can Teresa dare to make personification out of civility, integrity, and truth without elaborating or describing them? Try to imagine who civility is, who integrity is, and who truth is. In Burke’s own words, “That is my observation as well after I watched the video. There is nothing in his presentation that gave any hint of exhortation to anyone. I see him as a technophile who is amazed by all the technologies that we currently have and is very excited to see what the future will bring. I copied two small portions of captions of his presentation that I think where some people misunderstood him. Approximately around 2:04:24: “Wearable computers and sensing devices on or embedded in our bodies will be standard practice some already are, such as the insulin pump, cochlear implant, and video cameras you can shallow.” Approximately around 2:04:58: “Stem cell and genetic therapies will almost become commonplace in your lifetimes and it is not inconceivable that we will be able to re-grow damaged parts of our bodies and that may include the reconstruction or organs that help us see or hear.” I could not find anything in his presentation that is even close to the exhortation. The burden is on those who made such claim to provide the accurate source of where he said that. My theory is that they were afraid of what the future would being (in the sense of technophobe, opposite of him) and saw his presentation through their own anti-cochlear implant lens that led to wildly inaccurate claim.”

WOW! WOW! Now I find Burke not as smart as I thought. I will copy several portions of captions of his presentation that I think where people did not see between the lines. Again, English language can be very tricky. My findings below:

From I had learned through my academic experience, it is best to stop any demonstrating troublesome and potentially harmful behaviors. When people practice any behavior, for example, hate speech, that behavior becomes stronger and harder to get rid of. In our human minds, we see a person of different culture walking past the street, and people sneer at them. They then become invariably disappears. To the human mind, the awareness works. To a slightly anxious people who did not take full responsibility to stop any kind of hate, and to a very anxious person like Alexander Graham Bell, Aristotle, Dimity Dornan, Karl White, William House, Vinton Cerf, many more, this completely reinforces the idea that hate speech makes scary things go away.

The goal is to teach people awareness that people should not be harmful and to substitute other behaviors, such as relaxing (at home), or paying attention to you. It is vital that you manage the environment to prevent this from happening. Do not allow people to spend time with haters unsupervised, where they can see outside, access the door, and criminalize at passersby. We would like to change people’s emotional reaction, as well as their behavior, when they seems different people on the walk. To do this, they must be comfortable—not making hate comments, literature, or speech that can constitute a hate crime. They will have to make judgment calls about which people they think they will react to, but err on the side of caution. We already know what they are more likely to react to people in hoods or carry backpacks.

That is my two cents. Share the truth! It is important to use your knowledge to recognize your civility and the truth wins with the most powerful integrity as possible. Philosophy holds the most noble thinker—try to read the lines better next time. Socrates, the most wisest thinker of all time would drink some red wine celebrating the civility, integrity, and truth that Deaf people do not need cochlear implants.

10 thoughts on “MY RESPONSE: Teresa Blankmeyer Burke in Defense of Vinton Cerf”