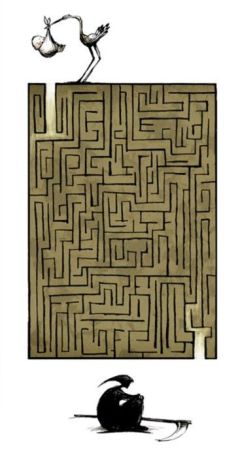 It was on September 7th, 1880 when Abbe Giulio Tarra, the conference president held an emergency press conference for Second International Congress on Education of the Deaf to make a proposal known today as the Milan Resolution in Italy. It was the date that would live in infamy—government agencies around the world began to attack Deaf people forcibly and deliberately in an attempt to discredit sign languages by taking away the language status as Deaf people’s human right. Oralism has since locked the mystery of the Deaf mind. Is it a grand lesson of history?

Louis Michael Siedman, a professor at Georgetown University Law Center teaching constitutional law, published the book, On Constitutional Disobedience, and in this book, he questions, “Why should we care about what the Constitution says? Should we feel obligated to obey it? How can we make decisions today based on a document created more than 200 years ago?”

The term, Audism, was coined by Tom Humphries in 1975, and it was built behind the brick walls for a while until Paddy Ladd published his book, Understanding Deaf Culture: In Search of Deafhood in 2003, it has became evidently strong. In fact, Deafhood is the only cardinal way to unlock the mystery of the Deaf mind.

When Deafhood appeared into our Audism dictionary of, the U.S. Constitution must establish a judicial system as a challenge to our Constitutionality. The question: does the U.S. Constitution threaten to undermine Deaf people’s foundational documents to have their own human right to be Deaf? Can we the Deaf change the laws including our constitutional laws to keep American Sign Language (ASL) strong? Yes, we can!

Yes, I know it is just some old news…but now there is the second wave of Oralism and we must generate stories about our language and culture–ASL, which has positive results with our own mind, it is also meant to provide ourselves by planting the seeds necessary to ensure a happy, healthy, and long-lasting relationship with ASL. When Deaf people use ASL, they are fully-fledged citizens. They coast on waves of silence and can relay the most gripping messages using only their hands. Their existence encompasses many planes, the highest ones being the leader, and the least populated. Home of the humble elite, stripped of their pride by the glamour stealing nature of life and their lessons and also the fates and their scissors. ASL reaches out to the individuals to guide them to these higher places. One of their most utilized methods to do so is literature.

People often turn to books and pamphlets to lead them into the metaphysical world by making manifest the questions they ask everyday, like ‘who am I?’ or ‘what is my purpose?” We the Deaf need to create more literature so it can be possess so much enlightenment the planar hierarchy that exists Deaf people is very much highly apparent and carry on live amidst a populace of lesser beings. Deaf people are the metaphysical social caste system to order the importance of their stories with the most enlightened and complimentary stories being the least. After all, ASL in literature is very much part of the Deaf world where it has forms of Deafhood to share their Deaf experiences because they exist.

Back to Siedman’s question above, “Why should we care about what the Constitution says? Should we feel obligated to obey it? How can we make decisions today based on a document created more than 200 years ago?” –-Yes, we need to trace our roots to a firm presence in Deafhood life to establish a use of our paternal tone, and supports our needs to use constrained language, ASL. We need to use our legitimacy by being part of something greater than the Second wave of Oralism: We all have ancestral ties to Deafhood, its traditions and its history. Our personal identities play an important part in national and international identity, then and now. The name of Deafhood as it is explicated here, is stronger and older than the U.S. Constitution today.