14 years ago today—April 19th and it was one of the worst terrorist attacks in American history. It has happened in Oklahoma City. I got to visit the memorial on April 19, 2004. It was one of the most profound experiences I ever dealt with.

I was a Washington state high school senior that time when it happened in Oklahoma City. I was not feeling good that morning and had to skip classes and then turned television on and the news that was showing the images of Oklahoma City. I was shocked. I was torn. I was numb. Anyone ever know that Timothy McVeigh was a white supremacist terrorist?

Yeah, there are a lot of white supremacist terrorists out there today—worse than anybody. Really, it’s true. Did you know that white nationalists dropped fliers on college campuses almost once a day in 2017? After visiting the memorial was even more powerful than the images I’ve seen that time. In the words and pictures has left painful memories. The power of healing by taking the critical steps to stop hate. White supremacy has set a dangerous precedent.

See the numbers below that are on the rise, in my view, is an examination of the physical, social, mental, and psychological warfare that targets people of color, Muslims, Deaf people, people with disabilities, LGBTQ, and marginalized groups that paralyzed their communities. Many people will forever haunt OKC opens with a description of a white supremacist terrorist killing 168 people.

The killing of the baby is violent, a permanent presence of an unspeakable act of murderer Timothy McVeigh committed to save white supremacy even more sinister future in tiding rise of hate crimes.

By the numbers issued by Southern Poverty Law Center: 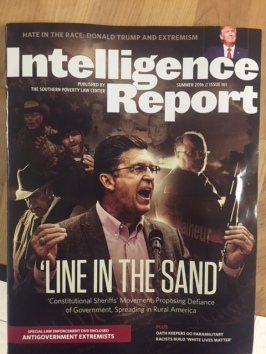 Hello Fellows! The United States Constitution in First Amendment where Deaf community have the right to free speech also known as receiving subtitles because it is part of free speech and we need to stop suffering language hegemony. We are tired of being under-minded.

I am a staunch believer and a donor for SPLC, with few reasons: stop hate crime in Deaf community, and with the approval of the board and Deaf community, classifying Alexander Graham Bell Association for Deaf and Hard of Hearing a hate group.

The magazine offered a Special DVD enclosed, Understanding the Threat: AntiGovernment Extremists and hoped they would offer subtitles for Deaf people, I am disheartened to see that they choose not to subtitle again. The first one I got from a special event Hate in America last May, where I got invited to give my support for SPLC. The event gave away special DVD as well, Hate in America, again, no subtitles. 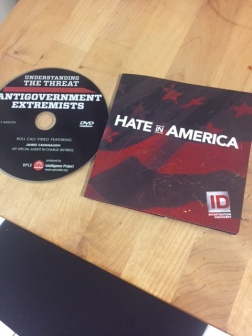 For the whole time, I learned about SPLC back in 2007, I was taught that SPLC was the innovation of higher learning to promote United States Constitution for humanity, compassion and stop hate. I was surprised, in 2016, that SPLC ignore its own compassion, by not putting subtitles for Deaf people. They have all the fundamental rights to know what is going on.

In the same magazine, in page 14, Hate in the Race with the image of Donald Trump, I have to agree with that! In the second paragraph of the opening article, June 2015: “Members of the White Genocide Project, which promotes the myth that white people worldwide are being subjected to mass murder, started a petition to honor Trump for opposing white genocide.” exactly what we need to bring up an academic challenge that Alexander Graham Bell (AGBell) was the head of the Deaf Genocide Project when he did his infamous speech in 1883.

With the words he presented, did the hate begin right there in the room? Did he support genocide, no?  If so, in an American room, on the very same land to allow colonization, how can AGBell recognized as a hate group in America?

Memoir Upon the Formation of a Deaf Variety of the Human Race.

Perfect ending just like Trump, Hate in the Race! It would be even cooler if it has titled, “Memoir Upon the Hate of Deaf Genocide Project in Human Race” because with the ‘upon’ the hate in Deaf community where they have been targeted ever since has become a hate memoir from Alexander Graham Bell. He was the threat. Please understand the threat about AGBell.

Please with consideration, the Deaf community needs SPLC’s help to put subtitles in DVDs and it is about educating ALL AMERICANS, no matter what and makes our lives safer. SPLC would be surprised to see how much AGBell has actually done collateral damage in the human race. Please listen to us, Deaf community. Really….Donald Trump is like Alexander Graham Bell. Race….Race. Thank you!