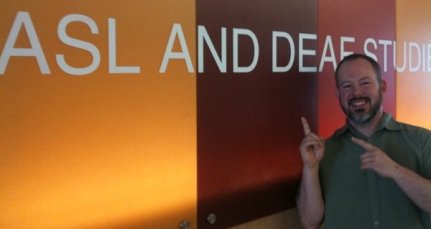 When I flew with Carl Schroeder and visited Washington, D.C, the home of Gallaudet University for the first time in June 2010—changed my life FOREVER!!! Toward the end of my first meeting with some of ASL/Deaf Studies professors, I was trying to figure out how to overcome my fears and should I join the graduate program. The first person that came out of the room and meet Carl right away was the chair of the ASL/Deaf Studies also one of three founders for graduate program, and Carl introduced me.

The word was that ASL/Deaf Studies department wanted to make bold reforms and Carl sent a text message for the Chair through Blackberry (both had Blackberry) to meet up for a beer along with me that night but the Chair did not respond two days later. He claimed that he was “busy”. His presence was a total snoozer. The usual suspects said the usual things. Nothing new or innovative emerged. Before I walked out of Sorenson Language Communication Center (SLCC), I asked Carl to take a picture of me and knew that it was my calling—Gallaudet is my home!

Then we walked into bookstore to look around for books or stuff whatever we like and see to buy and saw many Deaf people signing and I felt empowered by that moment! That was my adventure and then stayed in the DC greater area for couple of days before returning home in Portland, Oregon. Then I applied for graduate program in 2011 then quickly got accepted in, but I was not ready for couple of reasons: What major informational source does Gallaudet University rely upon to form such hateful, ignorant, and bigoted statements about Deaf returning citizens in general and in specific?

That was one of the reasons I was not ready. So, I gave two years to focus on myself and grabbed all the books I could read about Deaf Studies by going to my favorite bookstore, Powell’s, the best place anywhere in Portland. I would go there every weekend and grab a book and sit in the coffee garden and read there. It was a perfect escape from the reality and read. There were hundreds of different people coming in from the walks of life and some of the people in that coffee garden would have some brightest minds. Not only that but I do my homework there all the time, too. 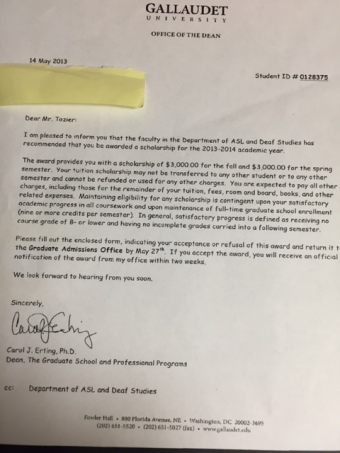 Then in 2013, Department of ASL/Deaf Studies gave me the ultimate prize: Full scholarship and I accepted the award. The Chair and Dean of the Graduate and Professional Studies Program who is now a Provost approved the letter. Remember, they both are hearing with all the privileges they have. I moved to Washington, D.C. and took the risk. Even my mother warned me that she thought something would happen badly to me. I told my sweet mother, “I have to take the risk because it is the only way I can heal my life”–good enough, my mother was right.

As a Deaf returning citizen, I worked very hard to turn my life around even if it is 30 years ago–unfortunately, I witnessed horrifying mental abuses inside Gallaudet: Chair for Department of ASL/Deaf Studies, Director for Department of Public Safety, Dean of Student Affairs, Dean of Graduate and Professional Programs, Associate Dean of Student Center Programs and Services, ASL/Deaf Studies coordinator, Director of Mental Health Center and even couple of other professors and associate professors.

I was chained to trees and walls. The experience was one of the worst I ever dealt with. Gallaudet University treats Deaf returning citizens like they are in cages, enslaved by chains, and make sure they are all part of dying humanity. They were all attempting to murder my life and made sure I was the laughingstock (a person subjected to general mockery or ridicule) on the campus.

As the academic year opens at colleges and universities across the country, the most hated groups of students will be underrepresented in classrooms: Deaf returning citizens. They had been rejected to show their abilities and the motivation to earn their degrees. They had been shut out of higher education because of their mishaps. It is time to remove the hidden penalty for Gallaudet University to illegally kick them out. They do not need to deal with stigma anymore. It is a mental illness–it is.

Gallaudet University and ASL/Deaf Studies do not support Deaf returning citizens at all. In a meeting in November 2013 with before then Dean of the Graduate Program and the Chair, the Dean signed to me with the Chair being as the strongest witness, “Gallaudet University do not support returning citizens. They are always the worst people on Earth.” I was very surprised what the Dean said and the Chair did not even say anything. The Chair was really scared of his boss.

I was so ready to walk out of the meeting and the Dean signed to me, “Go ahead. I dare you to leave the meeting.” then I realized that I needed to be strong about this. My mistake is that I did not present a lawyer in the Dean’s office. I decided to write this because what I did when I was a 12 YEARS OLD preadolescent was, of course, terrible, it was more than long time ago, 30 years ago. All I want to lead a normal life.

It sends a clear message that bigotry of Deaf returning citizens is allowed at Gallaudet University, now home of mentality plantation. It is also the center of mental condition to make sure Deaf returning citizens suffer with their own stales, socially created traumas, stigmatizations, which had actually destroyed their lives for their own pleasure.

This is only beginning. I have more to write. There are another people that are yet to be named. Those people robbed and destroyed my life. They will deny that the fact that they had done to me. They live in white lies. I was disgusted by those people’s selfish, hate-filled attacks on my life.

That is why I am so ready to tell it all. No more bullshit! The truth will come out. Remember,”dying humanity”–part of my life is all what it matters the most to them. 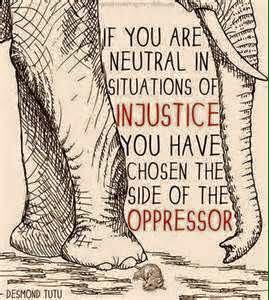 My New Deafhood Journey: Gallaudet University I wrote in 2013–a week before I begin my graduate studies. Link below: 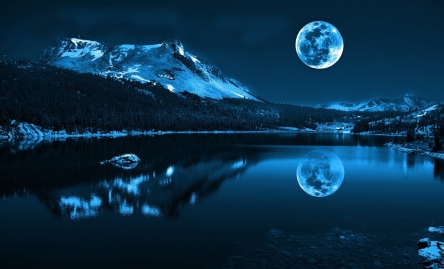 Do your little bit of good where you are; its those little bits of good put together that overwhelm the world.-Desmond Tutu

Lisa A. Goldstein’s article, Nyle DiMarco’s Activism Is Dangerous For The Deaf Community, she is one lost soul—I had been Deaf all my life—like Nyle and Lisa. I was raised into a hearing family and mainstreamed into public schools, and yes, I felt isolated all the time since I step my toes into mainstreaming system and been bullied ever since. The predominant language of this country in mainstreaming system is a classic example of bullying for Deaf students. I became a lost soul before I discovered Deaf community—a massive change in my life. I realized that Deaf community is not about living in silence, it is about humanity. It is one of the most beautiful thing ever happened. Seriously.

Living in silence—a period in which atrocities were committed, at depth, by perpetrators whom the world turned a blind eye towards—until they could no longer. Alexander Graham Bell (AGBell) survivors were separated, societal hierarchies dissipated, and demoralization, with the almost certain prospect of death, permeated every fiber of the oppressed.

The author of the article, Ms. Goldstein—need to prepare to review explores and seeks to compare, the individual conception of justice and forgiveness from AGBell survivors, to the collective accounts and rationale, of AGBell survivors and their contemporaries from stories, ranging from Ramsey’s Deaf Children in Public Schools, Ryan and Schuchman’s Deaf People in Hitler’s Europe, Lane’s When the Mind Hears: A History of the Deaf, Breivik’s Deaf Identities in the Making and many more. Those books I am proud to own sitting on my bookshelf. The books heal my life, today and tomorrow by seeking to explore a higher consciousness, and more critically thought-out reasoning, in its responses. That withstanding, I would be remiss if I did not acknowledge the significant differential in the timing of those books.

This realization, brought by the varying accounts provided in those books, leads me to the conclusion that time can allow for one to resolve one’s animosity and move towards forgiveness. Ms. Goldstein’s statement is all about propaganda is yet another effort by Alexander Graham Bell Association for the Deaf and Hard of Hearing to dismantle Deaf community. She asserts that she knows “better than most” about what Deaf people are capable of doing but she clearly indicates in her statement that she is nothing but all talking.

To date, we ignore her hatred towards “our common collective goals”—what are these collective goals what Nyle DiMarco Foundation do? Have Ms. Goldstein taken courses in American Sign Language (ASL) in order to reach them? Nowhere in her statement has indicated one value that ASL is used for instruction of the Deaf as well as promoted by Gallaudet University. Nothing. She fails to exemplify these collective goals as Deaf person. She simply details her denial paragraphs—each paragraph. She destroys her own self as Deaf person. That is called self-hate.

It is difficult enough to have true objectivity in something, which she has not experienced personally. To ask one to provide insight, or moral guidance, on a matter, which she neither experienced nor could possibly imagine, is highly presumptuous. With that being said, the time value in distancing one’s judgment rendered will, in my opinion, misinterpret her ability to assess the situation with the same acute sentiment as Deaf community who has freshly experienced said conditions.

In sum, Ms. Lisa A. Goldstein need a lot of time to provide reflective judgments from what Deaf community has suffered since 1880 Milan Resolution—and therefore a higher, more conscious level of thought than the reactive nature of Deaf community actually experiencing hatred every day. I do not care if I am being called as Deaf culture extremist in full force—the essay Ms. Goldstein has shown her intimidation and manipulation tactics—destroying Deaf community, like I said, permeated every fiber of the oppressed.

After all, she is the one who is living in silence.