Darlene Ewan makes a good point about DOE (Department of Education) that divides the Deaf community. However, I’d like to share my thoughts.

The first picture you will see above, it was taken in 1990. The second picture was taken below in 2017: See the difference in both pictures? What do you really see the whole picture of it?

When you see The Washington Post, it writes “Democracy Dies in Darkness”

When you see The Buff and Blue in 1990, it writes “Student Publication of the World’s Only University of the Deaf. Established 1892.”

It was the pride that consisted Deaf writers,  Deaf editors, Deaf Editor-in-Chief, and Deaf students who worked hard to give their capabilities to share stories. The respect of giving Deaf people the opportunities to flourish their careers and develop academic skills for the future of the Deaf. Is that supposed to be part of the Buff and Blue life, too?

When Deaf students arrive at Gallaudet University for the first time to begin their quest, the creative path that leads Deaf students filled with notes along with observations and experience. The answer was clear for their well beings. When they see the motto like in 1990, it would inspire them even more. The Buff and Blue was created for Deaf people in the first place and shall give all the Deaf people a chance, it really make a huge difference!

There is a reason why the first Deaf Editor-in-Chief, James M. Stewart (1893) who wrote a powerful column, The Beginning of the Buff and Blue that all the names you read Stewart’s post was filled with all Deaf people’s names. It was an eye-opener and I’m sure it had changed every fiber and bones of Deaf community. The journey has begun in the search of higher knowledge. The Buff and Blue filled with Deaf souls were given the liberty of democracy cannot be forgotten.

Please notice that I added “Deaf” Editor-in-Chief, James M. Stewart because 2017 Buff and Blue did not emphasize that Mr. Stewart was Deaf.

What happened? I strongly believe when Deaf people learn that the fact that Buff and Blue’s First Editor-in-Chief was Deaf then they would be inspired more. Stewart became really huge role in Deaf community even strongly influenced Amos G. Draper, John B. Hotchkiss, Agatha Tiegel Hanson’s lives and many others.

Around 1990s, I believe it was 1992; Gallaudet University begins to accept hearing students in undergraduate school and changed everything that includes the Buff and Blue. Were there ever hearing Editor-in-Chief? When did the hearing person break the ranks of the Buff and Blue? It reminds me of a hearing student who recently broke the tradition for Student Body Government (SBG) to be on cabinet when it was rooted for Deaf people to flourish and share their experience in the first place. That is how it was supposed to be like that.

Just like the Washington Post’s motto: Democracy Dies in Darkness. Gallaudet University Administration plays a huge role that oversees the Buff and Blue. Why delete the beautiful motto: Student Publication of the World’s University of the Deaf right under the Buff and Blue? Is that where it has become a part of the democracy that dies in darkness in that motto, no? Mr. Stewart writes in his first post, “There were many printers among the students then and they were called to the colors of The Buff and Blue”

How fitting for the opportunity for Deaf people! That is why. He meant printers and students: Student Publication of the World’s Only University of the Deaf.

The contributors of the Deaf have been always the democracy that sees in the light. Yet, the Gallaudet University administration chose its affairs and instructs the Buff and Blue not to publish Student Publication of the World’s University of the Deaf on the front page conducts under a cloak of invisible.

Watching Betsy DeVos and Donald Trump is like a set of movies in order or perhaps a sequence. Cutting 9.2 Billion dollars for Education is a big insult to the American people. LBTQA and Black students including Deaf students are America’s future students that should not be demoralized and oppressed! 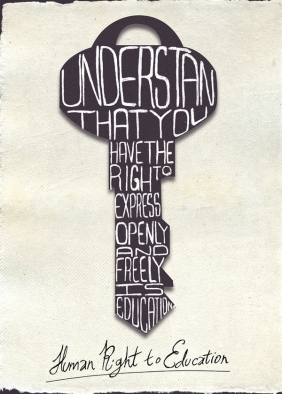 The Individuals with Disabilities Education Act [IDEA] has been removed from Department of Education’s website that was supposed to ignite networking through healthy channels and promote human rights; yet, it is not the same anymore.

Betsy DeVos, and those ignorant people who voted for DeVos need access to a history that is honest what Deaf people and people with disabilities has been going through hardships.  What do we mean by history? Let’s shall find out and go from there. Maybe then it would be easier for them, and the rest of us, to make history that is progressive and inclusive.

In this way, DeVos creates room to remove Deaf people to doubt their current mentality. This doubt serves as the foundation on which she builds the rest of her arguments, citing that IDEA is not important–“up to the states” and shows prejudice is forcefully pointed out. Her debate urges the Department of Education to stay with the status quo. Given this logic, the oppressors against human rights movements are equal to those in removing IDEA off the face of the country’s fundamental human rights.

From there, DeVos outlines the logic behind equality and ignorance. Her debate holds that, while Deaf people and people with disabilities are not actually equal, they should be considered to be wiped out.

As a supporter of IDEA myself because I was one of them, we need to recognize the essence of DeVos’s work stands as a call to remove IDEA from the website to adjust hypocrisy at finest hour. Do we even realize what DeVos has downplayed xenophobic as well? The Department of Education needs to boycott DeVos for the sake of humanity.

With Betsy DeVos confirmed as secretary for Department of Education today, the majority of Republicans who voted for DeVos are really stupider than stupid. Gallaudet University is under the watch of Department of Education. All the employees and students might possibly face the changes in the future. Can students stage a walkout or engage in other forms of protest at Gallaudet? Yes, they can express their own political opinions peacefully. The students should not be attacked because they are entitled to have educational rights–as in human rights.

An educational right is a superb condition because higher learning has evolved through times of oppression and opportunity. Gallaudet University was supposed to be about intellectual life of Deaf people since 1864. We all remember about 1988 and 2006 protest at Gallaudet that we shall trust tomorrow and as for today, we need to remember that there is always a room for making new meanings, it is very important to remember that! 1988 Deaf President Now (DPN) was all about civil movement.

Betsy DeVos is totally unaware of Individuals with Disabilities Education Act [IDEA] and Americans with Disabilities Act [ADA] that raises a huge problem even at Gallaudet University. She is all about–simple and obvious: divide and conquer. She is now the spokesperson to destroy the educational life of Deaf people’s intellectual life. None of her educational leadership shows a great deal of damages. Deaf people will be suffering from not getting enough educational rights. After all, that is why ADA was one of many reasons created in 1990 because of DPN.

After seeing all the Republicans who voted for DeVos, one senator has surprised me–John McCain from Arizona. He was on the Board of Trustees (BoT) at Gallaudet University. He was supposed to be fierce leader in supporting education and…Higher learning for Deaf students. Apparently, it looks like it not anymore now. Is this why he resigned from BoT because of 2006 protest that he could not handle the truth? Senator McCain took $50,000 donation from Betsy DeVos was all about money—he does not care about people but money.

In next few years, the Department of Education–the ability to make even more difficult for future students to tell stories about it emotionally that will pass on to other generation of future students at Gallaudet. It is very much an emotional memory as much as anything else. I’m really surprised that Senator McCain would not join the resistance and block Betsy DeVos to run the department. What a shame!

What kind of power dynamics of education means to you? Why do you think education is important today and tomorrow? What are your reasons to embrace education for everyone’s sake? What is the present situation about the future education at Gallaudet University? What are the concerns of not getting enough education?

After receiving an e-mail from an Executive Director for Our Revolution Team an hour ago, they stated,

“Last week, you made over 10,000 calls and logged 40,000 minutes on the phones asking Senators to use the full 30 hours of debate time in opposition to Trump’s unqualified cabinet nominees–and they listened. Right now, Senate Democrats are holding the floor for 24 hours and all through the night to oppose Betsy DeVos’s confirmation to Secretary of Education. The vote count in the Senate currently stands at a 50/50 tie. Not only is DeVos shockingly unqualified–her record of gutting funding from public schools and colluding with for-profit charter school CEOs risks the future of public education….”

We must continue to resist! We know that how the resistance works. In public education schools, bookstores, libraries, homes, any public places that are resisting Betsy DeVos–that is because resistance takes place in the passive voice. This is the time we need to talk about DeVos–the worst unqualified cabinet nominee in the history–never in our life-time that we all would see something like this.

Resistance helps clear a space to relate the truth about DeVos’s lack of experience so we might better understand the present and navigate the future. As one means to support public education, it gives us the chance to continue to resist that have been forgotten, hidden, distorted, or mislaid. Again, the very notion of resistance is necessary for us not to allow DeVos to take the top position.

The purpose of resistance we all need to understand that we are doing is healthy. With no experience and ignorance what DeVos bring on the table, her wealth even her wealth friends that created helped bankroll its political power status to shut down public education in America is not accepted.

In fact, one of the things we all need to admire the idea of resistance is its embrace for change. It teaches us to look to the work we can do on ourselves–repair, maintain, build and grow so we can better deal with change that is certain to come. A book, The Servant Leader Within: A Transformative Path written by Robert Greenleaf:

In education, servant-leadership has lead to new pedagogy, new learning, and new organizations devoted to its practice. In all its applications, servant-leadership achieves what is apparently impossible: bringing transformative experiences to the realm of the ordinary, to the everyday events that, cumulatively, define our lives and shape our experiences.”

Will Betsy DeVos ever understand the servant-leadership style? That is why DeVos is not qualified to take the top position in the Department of Education. We must continue to resist! That is why resistance is GOOD!